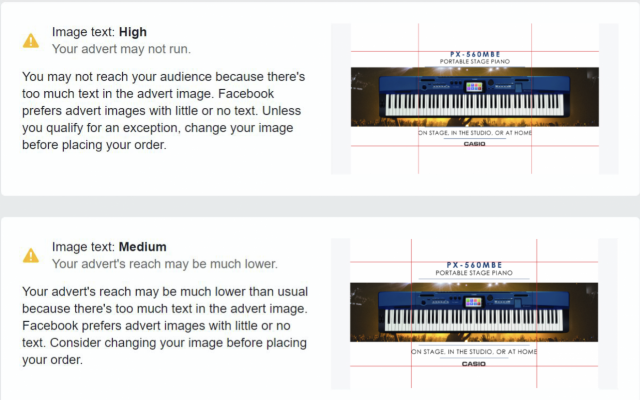 The following article is taken from a news release about what we've found with Facebook's faulty algorithm (as admitted by them). Our managing director, Michael, was interviewed for the piece.... More and more marketers are using Facebook as a vehicle to get their message across, says Tailored Social’s Michael Collas-Smith, and Facebook is making millions from them, making it one of the world’s wealthiest companies.

However, he says an automated tool that is supposed to allow advertisers to check if their image
contains too much text prior to going through the ad creation process is faulty, as admitted in
written communication by Facebook staff.

The communication does state that an internal tool used by Facebook produces a different result
to that which is supplied by the online tool that advertisers use to check their content before
creating ads. Furthermore, a manual review tool where an actual person ran the ruler over the
content is no longer available.

“Facebook limits the reach to audiences for ads it deems contains too much text, thus arbitrarily
inflating the CPM (cost per thousand) and charging advertisers more for less. Despite the warning
that Facebook provides on text when creating advertisements, it is incongruous with the tool
Facebook provides to advertisers prior to this. Wording on the ad images are supposed to be
restricted to 20% and when this is greater, reach is limited and a higher CPM applies.”

Following frustration expressed by its clients, Tailored Social has exchanged email correspondence
with Facebook on numerous occasions and provided examples of inaccuracies with the tool.
Michael Collas-Smith says, “We have demonstrated that the tool used by advertisers detects more
text on an image with less text and vice versa. We tested the same image with the same number
of words but on one image the words were larger and the automatic tool gave us different results,
approving one but not the other. In one instance the word ‘Stop’ on a street sign in the image was
counted as text.

“The representative we dealt with told us that the tool was just a guideline for advertisers and was
different to the tool used internally by Facebook to check images.
“She stated, ‘We do text check with our internal tool, not the text overlay tool since it could have
some errors as you experienced with those example images you sent’.

“This doesn’t make sense … why not provide the same tool so that advertisers know exactly where
they stand? Is their internal tool faulty as well? How would we know?”
Michael Collas-Smith says, “At the very least Facebook should have a responsibility to customers
to allow humans to check for the 20% text content, or at least to independently verify the
algorithm used is perfect.

“Otherwise all that can be inferred is that Facebook knows that the tool or algorithm isn’t perfect,
but is fine with that because it is making more money.”

He says there would be many advertisers who had faced the same issues since the manual review
feature was taken away, resulting in millions, if not billions, of revenue for Facebook.

If you're uncertain of if your ads are being affected, give us a call or request a free audit of your existing advertising services to see if we can help: https://tailoredsocial.com.au/services/free-marketing-audit

Alternatively, if you're a journalist and would like to give this story the exposure it deserves to try and bring about some positive change, feel free to email or call. 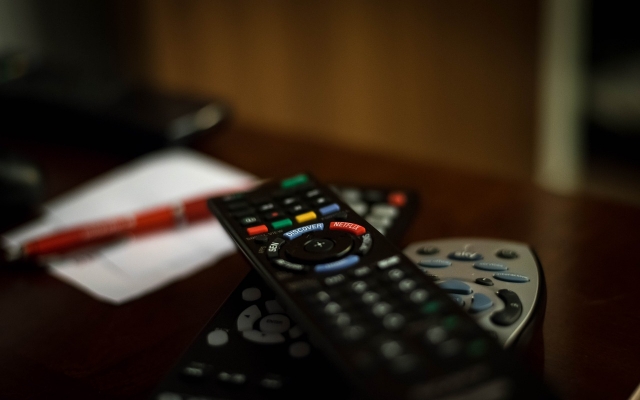 Which Channel to Use for which Offering?

We're often shocked when clients tell us about their past experiences with other agencies, and this was the case recently with Enhanced Group, a financial firm that approached us to generate more leads for their services. Specialising in mortgages and real estate, we could not believe it when they said their previous agency (who shall remain nameless) signed them up for a three-month trial at $12,000 for pay-per click (PPC) campaigns on Facebook and Google AdWords. "Facebook for mortgages," we echoed before trailing off...FACEBOOK FOR MORTGAGES?!

Whether it's Facebook, Pinterest, Tumblr, Twitter, LinkedIn or Google AdWords, each channel is often better suited for particular offerings than others. There are myriad reasons for this, but for the purposes of this blog we'll keep things simple: certain channels are better for business-to-consumer offerings, while others deliver for business-to-business. When Enhanced Group told us their previous agency sold them on PPC for Facebook to try and sell mortgages, we suggested they get legal advice and investigate whether they could get compensation.

Facebook's ad delivery model means that you're essentially showing your wares to people that haven't asked for them. Sure, the data says they might be interested, but it doesn't mean they want or need it. While this model can work well for consumer goods, for example, an offering such as a mortgage isn't something people just jump into: they often research different options for weeks, if not months, trying to find the right fit. As such, when Enhanced Group came to us and asked whether we could get them leads, and how, our first reponse (following our shock) was to say NOT ON FACEBOOK. We then explained why, and in far more detail than in this blog...

Prior to taking any client on, we investigate the cost per mille (CPM, the dollar value to reach 1,000 people), or the cost-per click (CPC, how much each click will cost), as well as the demand and other factors for each channel we think 'might' work for a particular client. We run these through a formula we've established over the years, and then report back to the prospective client on which channels could deliver on their objectives, and which won't. Occassionally, we have to tell clients we're simply not confident any channel will work, and that perhaps it would be better not to go digital.

We refer to this as our 'due diligience', and while it means we might miss out on a few clients' trial contracts, we also avoid feeling like con artists! Longterm relationships that are profitable for both us and our clients aren't only ethical, they're a lot more fun to work on. In all honesty, it becomes depressing if a campaign isn't hitting its targets, and they're a lot more work.

Always ensure you or your agency investigate the viability of a channel PRIOR to signing the dotted line. Digital advertising is great, it works, it can make people lots of money --but it's not for everyone.

The general rule of thumb when it comes to UX is simple: never make the user click twice if you want them to do something. But what happens when you're driving traffic to your target URL(s) to buy, sign up, or generate a lead, and none of that happens? Real UX begins to take place and, unfortunately, it's not so straightforward.

While many may think adjusting the price, offer, or copy would fix the problem (and sometimes it does), it's not always the case. Over the past four years, the impact a layout, colour scheme, or even a font has had on the conversion rate or success of a client's campaign has never ceased to amaze.

To use MusicEDU and BackPay as examples, in both cases when their respective pay-per click (PPC) campaigns began, we were driving traffic at an incredibly low cost-per click (CPC) to the target URLs. Again, in both cases, however, conversions weren't taking place. As you might imagine, regardless of whether we bring a thousand horses to water, if none of them drink and the client doesn't manage a positive return on investment, they won't stay with us. Why would they?

As the PPC metrics were all in the green, and the offers by both companies were attractive to the target markets, we knew it was a UX problem. Digital advertising is an iterative process, and so when things aren't going the way we want them to it's a case of deducing what the culprit could be. For MusicEDU, it was simply adding an image of the director's face, a human face, to the target URL. For BackPay, believe it or not, it was simply changing the font and alignment of the text! In both cases, each campaign went from zero to hero.

All of this finally leads us back to the question in the title of this blog: is UX an art, or is it a science? The conclusion we've come to is that it's both. Put your best foot forward with your creative (the art), bring the target market in, then test and refine (the science). ​